During prayoga one first recites the vAmadeva mantra from the pa~nchabrahma series. Then he installs the fire on the sthaNDila as per the tradition of the atharvan-s. There after reciting the tumburu sUkta make oblations of drumstick and tumburu saMidh-s dipped in ghee.

Then he stands under the tumburu tree and offers tarpaNA-s to tumburu with the above sUkta and the bhaginI-s with the above mantra (x 4). He may then prepare the secret tumburu drugs.

This sUkta is of considerable importance for multiple reasons:
1) It helps understand the origin of the central deity of the vAma-srotas, tumburu rudra. Most modern Hindus unacquainted with the shAstra-s of the vAmasrotas are not familiar with this once popular system. Hence, tumburu to them usually stands for the commonly known gandharva, who is frequently mentioned in the rAmAyaNa and the mahAbhArata. However, the evidence for a well developed worship of tumburu as the deity of the vAmAsrotas is apparent from number of texts. The viShNudharmottara suggests that he was being worshiped with his four sisters in the gupta era. The worship of tumburu and his sisters is also attested in the nAstika ma~njushriya mUlakalpa and a fragmentary Gilgit manuscript discovered by SDV. An early jaina yantra the vardhamAna vidyA has taken up the chaturbhaginI and replaced tumburu with the jina. His worship appears to have been fairly widespread in Asia, even if scattered, till around the middle of the 1200s. After that it has largely declined and only maintained within the srotAmsi shaiva krama. Nevertheless, the origin of the tumburu as an emanation of rudra was rather poorly understood, given the apparently older presence of tumburu the gandharva with whom he shares a penchant for music. The AV-P sUkta shows that the origin of the connection between tumburu and rudra is a much older one than the classical vAmasrotas texts and might have even predated the eponymous gandharva.

While the musical connection of tumburu is not apparent in the veda, there are other links which establish a continuity with the deity of the vAmasrotas. In the veda tumburu is a sylvan form of rudra associated with cures against diseases, which is an ancestral trait of the Indo-European rudra-like deities. Indeed, this trait is stressed in the vAmasrotas, where rituals to tumburu and the chaturbhagini are stated as being a counter to disease.
e.g.:
muchyate cha sadA rogair mR^ityurUpair durAsadaiH || VT 92cd

Further, in the AV-P the tumburu hymn occurs in the larger context of a number medical applications, including the administration of the oShadhi-s for the treatment of tertian malaria. This is reminiscent of the kashyapa saMhitA where rudra is invoked before treatment of malaria. Thus, it is clear that the worship of tumburu rudra has an hidden history from the AV period, with the shaiva AtharvaNa tumburu prayoga vidhAna establishing the link with the vAmasrotas. 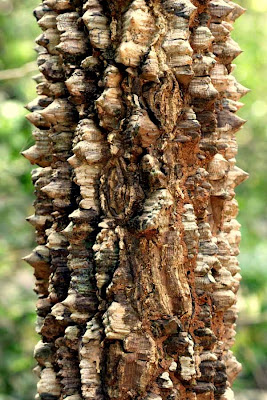 Thus, the tumburu plant is described as being an augmenter of pitta, destroyer of parasitic infestation, a suppressor of bad body odor and a counter for the vAta. The shighru plant is described as “light”, “sharp”, a constrictor of the gut, an augmenter of digestion and a counter to kapha and vAta. It is interesting to note that in classical medicine these plants are both described as counters to vAta. This should be seen in light of the term “vAtIkAra” in the tumburu hymn – it appears that there was an ancient connection between the prescription of these plants and problems of “vAta”, even-though the tri-humoral theory was hardly accepted in its classical form in atharvanic medicine. There is no doubt that both these plants appear to have considerable promise in medicine. The nutritional value of the drumstick is well-known. However, it would be of particular interest to further develop certain key compounds from this plant: moriginine, spirochin and niazimicin. Likewise, several compounds from tumburu like tridecanonchelerythrine, conifegerol, canthin-6-one, asarinin, dictamnine and skimmianine are of potential interest.